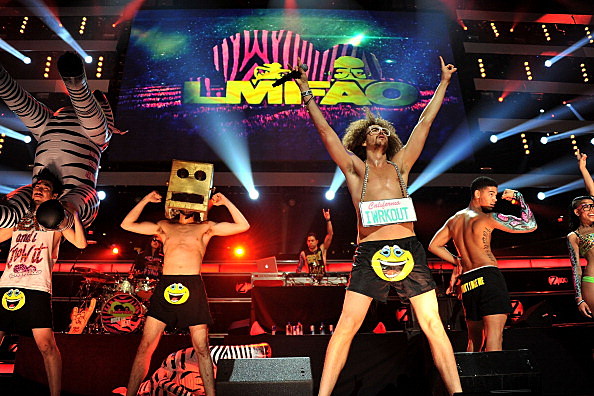 As we rapidly approach another new year, I can't help but look back on the music year that was. Personally, I think the year of 2011 delivered some really good songs. In addition to that, the year 2011 introduced many of us to artists we never heard of....until now. As I hit the rewind button here, let's look back on the year 2011 and look back on my top-five favorite songs of the year.

If you aren't into the "Indy seen," chances are you never heard of Far East Movement prior to 2011. However, the group became mainstream in 2011 when their hit single "Like A G6" made it onto the radio. Soon, this single was a SMASH in clubs and on radio stations around the country. I'll never forget the first week this song came out and someone requested the song in the club. The only problem was they referred to it as "Like Some Cheese Sticks!!!!" Great song!!!

While the original mix to "More" was good, it was the "RedOne Mix" that really caught my ear in 2011. While I expected more out of this song on the radio, it was and still is, a smash in clubs. The energy Usher brought onto this track defined much of what was to come later in 2011. Absolutely love to crank this song up on a bad day. There is just something about the sound of this song that puts me in a good mood!!!

In what may go down as the best song of 2011, "We Found Love" was an IMMEDIATE hit in clubs and on the radio. Just weeks after it debuted on the airwaves, the song was immediately at the top of most charts. On this track, Rihanna tag-teamed with a very popular producer, Calvin Harris, to bring the sound of this single to new heights. It is one of my favorite songs to spin in clubs, and is certainly one that I still certainly crank-up while in the studio or in the car. As I said before, if any DJ didn't jump on this track from the start he/she missed the boat on a SMASH!!!

Again here, I liked the original song, but when this certain remix found its way to me, I absolutely fell in love with this song. While the song's meaning may be in question for some, you couldn't deny that the sound of this song and the "hook" in it was HOT!!! This is a great song that got moderate airplay in 2011, but was more of a hit on the dance floors around the world and on the "Indy scene." And while I have given more of the group's songs a listen, nothing yet compares to "Foster The People" in my opinion.

It is probably safe to say that the year 2011 belonged to a couple of guys we know as "LMFAO." Having appeared on MTV's VMAs, at the Grammy's, and countless other television morning shows, the group that likes to party took the music scene by storm in 2011. Their SMASH hit was "Party Rock Anthem" and they continue to deliver hits following this breakout single. If anyone ever thought that these guys would be "one hit wonders," boy were they wrong!!! LMFAO has become a household name and their hit song here continues to blow-up on the radio and on dance floors. I don't know if you can find a bigger song to identify the year of music for 2011.

Looking Back On The Music Year 2011

The year of 2011 was a GREAT year for music lovers. We saw artists like Adele break through here in the United States, and we saw artists continue to make smash hits. The sound of music in 2011 was one of my favorites in recent years. Artists like Lady Gaga, Lil Wayne, Katy Perry, Maroon 5, Chris Brown, Rihanna, Drake, and more gave us a wonderful year to look back on. I only hope that 2012 is as good to us, the music lovers, as 2011 was. I will forever look back on 2011 and say, "what a great year for music."